The Mob World Tour: Searching for the next Young Talent

Passion, skill, potential to grow; these are key factors the YT Mob with Martin Whiteley and Elite UCI World Cup athlete Angel Suarez have been looking for while searching the globe for the next Young Talent to join the YT Mob in 2020. The seven episodes of the online video series âThe YT Mob World Tourâ shows the process within this unique and unprecedented scouting program and tries to deliver answers to the following questions: What is talent? Where can you find it? Can you create it? We will receive a behind the scenes look at the road to building a team with Young Talent from around the world and who will make it to the final camp in Granada, Spain.

In February the YT Mob announced with title sponsor YT Industries that they would be embarking on an adventure in 2019 that would take them around the world in order to unearth the best downhill talent on the planet. Applications were accepted for six stops on six continents, four of which have already taken place in New Zealand, Argentina, Scotland and Japan. The camps have been and will be accompanied by production crew âKnowmad Developmentâ to create a video series that will let us take a peek behind the curtain. The series will not only tell the tale of what happens at the camps and how mentor and talent developer Martin Whiteley and his team identifies talent, but will be enriched by insight from Whiteleyâs former protÃ©gÃ©s such as Brook MacDonald, Neko Mulally and Greg Minnaar, who all can look back on a similar process of being discovered, refining their raw talent and making it to the World Cup Elite.

"In a way, âThe Mob World Tourâ reminds me of my original reason for starting my first team, Global Racing, with riders from every continent; wanting to showcase talent from all over the world. Now we are discovering new riders and giving them the chance to attend a Young Talent camp on their continent, enjoy training with a World Cup rider like Angel, and perhaps taking it all the way through to a pro contract in 2020." 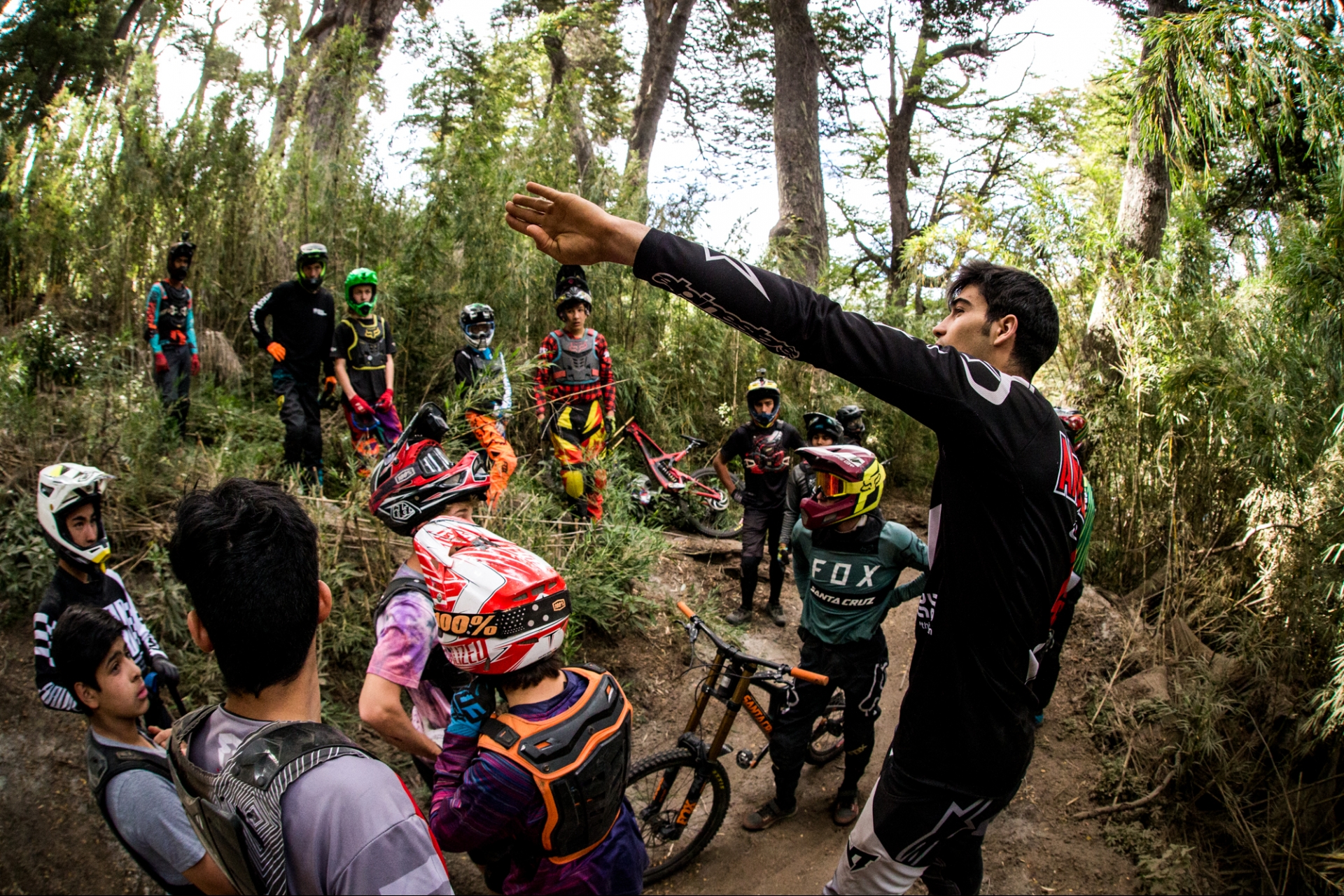 Young Talent from all over the world

The story starts to unfold this week and will continue to put Young Talent in the spotlight in the episodes that follow with two camps in the United States and South Africa and the grand finale at âThe Mob HQâ in Granada, Spain, in mid-October. A lot of talent has been attracted to the program so far. 500 Young Talents from 45 different countries applied to be part of the camps of which 20 per camp have been admitted. The youngest to be part of âThe Mob World Tourâ was born in 2007, the oldest in 2001. During the camps Whiteley observes how well the Young Talent understands race craft, while the participants have the chance to gain valuable riding knowledge from current YT Mob rider Angel Suarez. The Spaniard is aware of the importance of mentors and slips into this role, teaching the up-and-coming how to walk a course and assess it or how to improve in certain sections through braking and cornering to maintaining speed through connected sections. 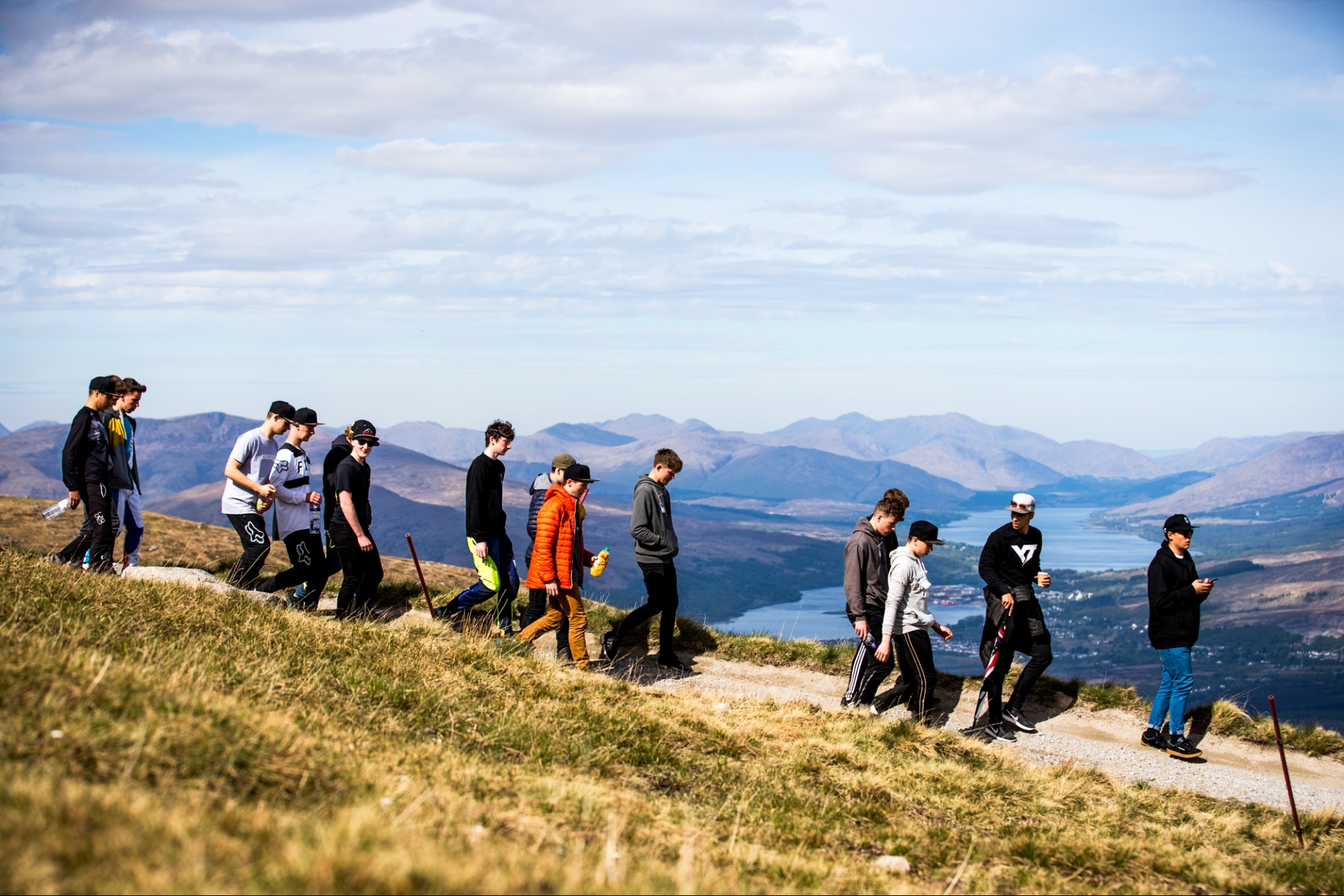 "Itâs amazing to have the opportunity to help super talented kids improve and itâs great to see how many good riders there are around the world. When I was starting out, I always found it very helpful to have someone more experienced by my side that trusted me, boosted my self-confidence and helped me feel more comfortable on the bike. That was one of the most important things at that stage in my career and I hope I can do the same for the kids I meet at the camps. Every kid has a different skillset and I think it will be hard to find the most complete riders, but I am really enjoying the process." 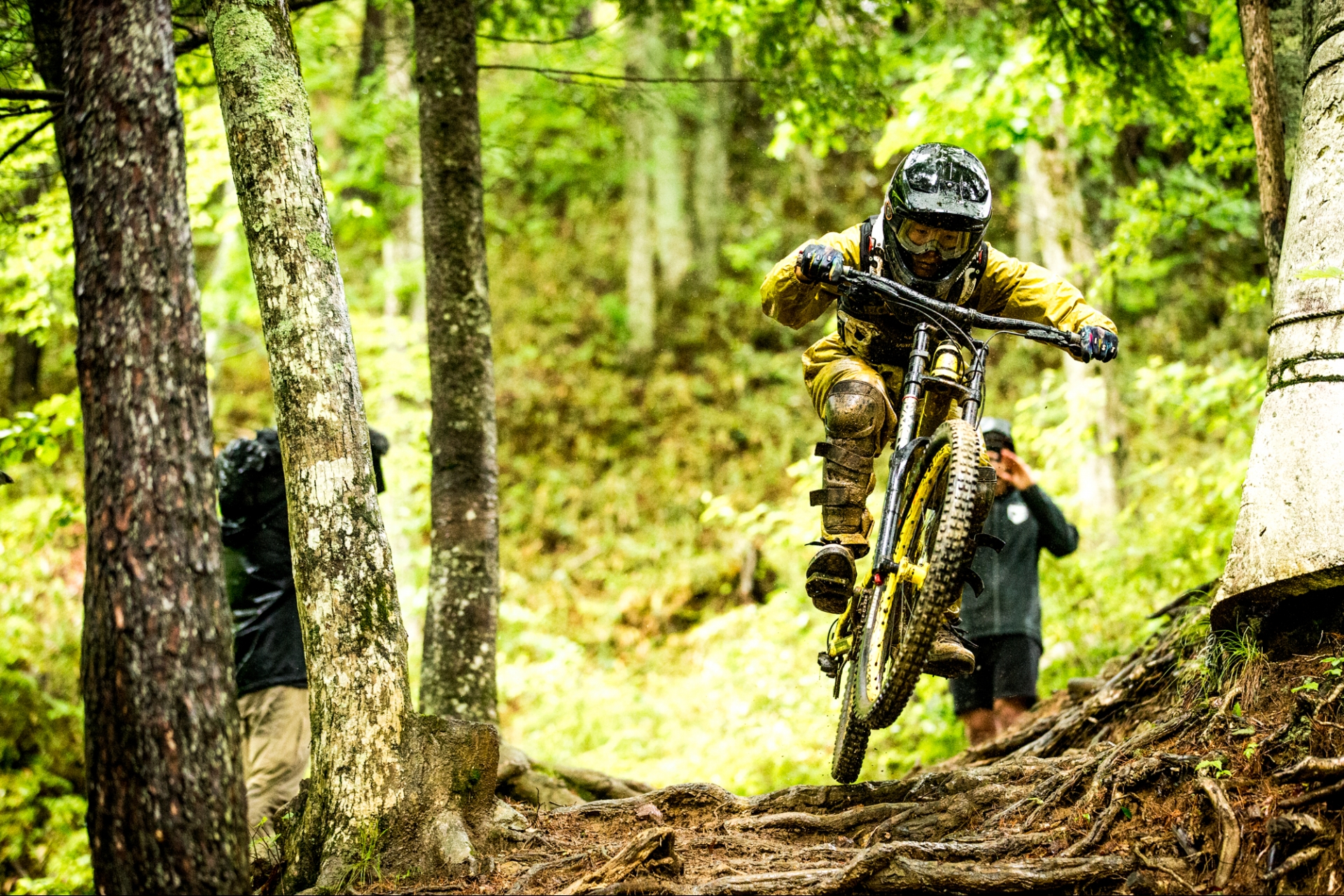 True to the roots of YT Industries

Pure passion and an unwavering drive to unleash oneâs true potential is the foundation to every successful career and also reflected in the roots of title sponsor YT Industries. That passion and of course ability on a bike are vital to the YT Mob, but aspects such as mental strength, physical development and also room for growth in all categories will be the deciding edge, when it comes to who gets invited to âThe Mob HQâ later in the year. This unique chance to receive first-hand advice and being given an opportunity to shine have been received well. With two camps still on the calendar in Snowshoe, USA, and Stellenbosch, South Africa, we can look forward to learning more about talent development and getting to know more downhill talents around the globe in the next months.

"We stand for finding and unleashing young talent. YT Industries is stoked to be working together with Martin on this because true to our roots we want to give the Young Talent a chance to show their potential and prove their passion for mountain biking. We are convinced that âThe Mob World Tourâ is a unique opportunity to uncage the talent out there and are looking forward to seeing how The Mob will develop."