THE YT MOB TO FOCUS ON THE FUTURE OF THE SPORT

Today the YT Mob is excited to announce that together with title sponsor YT Industries, the team has a unique plan for the next three years, starting with a âWorld Tourâ of Young Talent Camps being held on all six inhabited continents. The teamâs current young talent Angel Suarez will contest all 8 Rounds of the UCI World Cup, as well as travel to the six venues listed below, with Team Owner Martin Whiteley, to host the Young Talent Camps.

The Young Talent Camps will be held over a few days, some will be combined with races, and at each camp Angel will take the riders through a series of skill sessions, downhill runs and other practical classes. The camps are not only a great opportunity for young riders to meet a World Cup rider and learn more about the sport at that level, but itâll give the team a chance to meet some of the up and coming riders of the future.

What makes the World Tour unique is that from these 6 camps, 8 of the best riders we find will be brought to Spain in October for a final camp at Mob HQ, and from that, at least 2 riders will join the YT Mob as professional Junior World Cup riders in 2020. They will ride alongside Angel Suarez and other top level elite riders yet to be announced.

âIÂ´m super excited for this coming year! Last year was my best season yet and I know this one can be even better, I feel amazing on the new TUES 29 and my training is going great. I want to finish in the Top 10 overall but always trying to be on the podium every race. I couldn't be more stoked about the YT Mob World Tour. Itâs going to be an amazing experience and IÂ´m so thankful that YT wanted me to be part of this. I like helping kids and I will be super happy if I could help them to improve in our sport and even more than that, welcoming some of them onto our team in 2020 as the next Young Talents. To be able to help someone experience what Iâve experienced these past 3 years will be pretty exciting.â 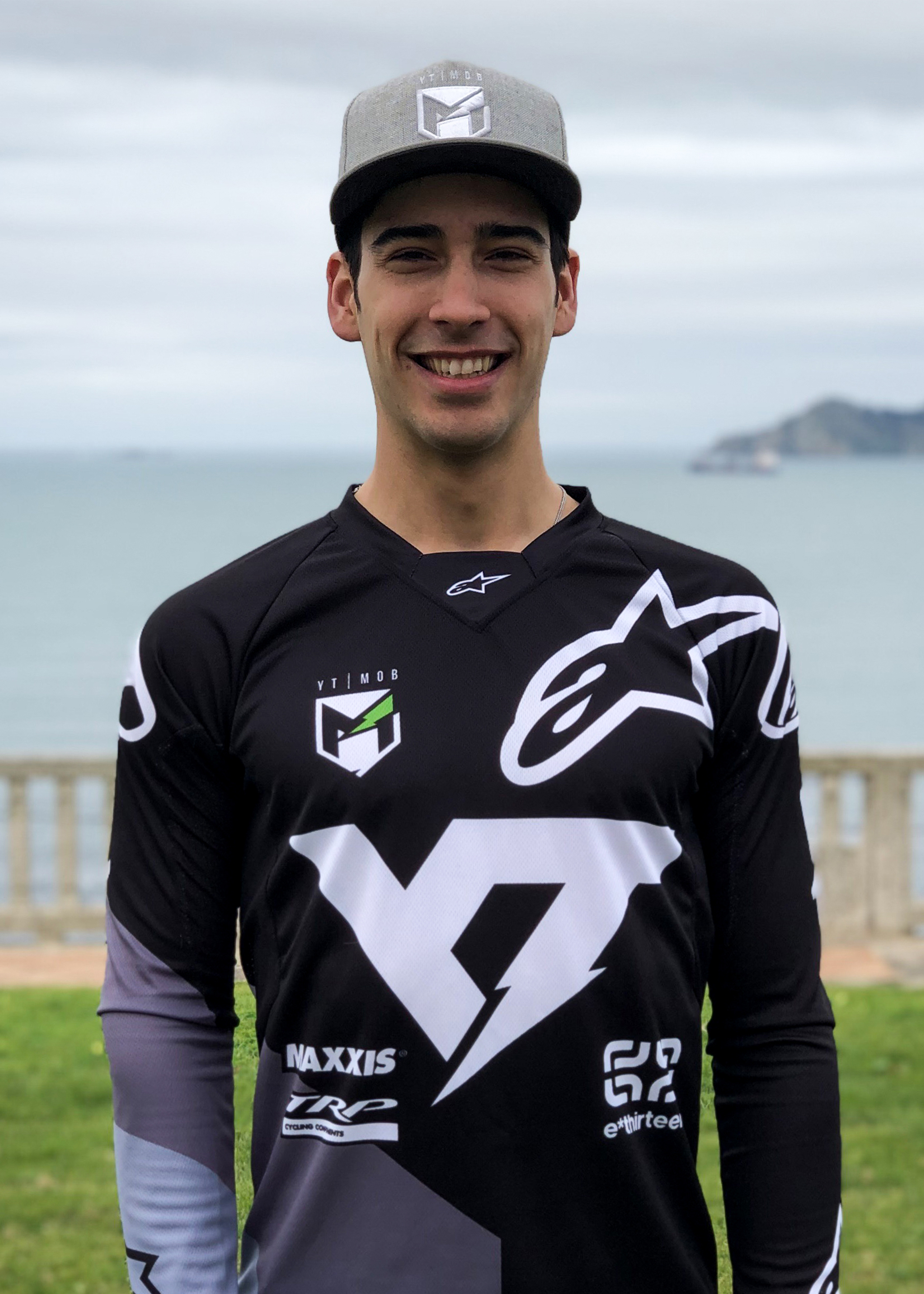 âThe past 3 years have been filled with historic firsts, epic victories and a lot of lessons learned. Demonstrating that YT can succeed on a global stage and establishing the YT MOB on the World Cup circuit. While it was an honor to work with some of the legends of the sport, I feel itâs the right time to help a new, yet undiscovered, generation make their mark on the scene and we feel weâre in the right position to drive an ambitious project like this forward. With the help of strong partners and the insight of Martin Whiteley weâd like to take you on a journey across the globe to dive into the talent pool of Downhill Racing. For me personally this is why I started YT and what itâs all about. We are going back to our roots: identifying the next Young Talents whilst redefining the rules once again!"

âIt was clear to me towards the end of last season that Angel is well and truly on his way to the top end of this sport, and he has a lot of potential at just 23 years of age. His path to this point is something that a lot of young riders dream of, and we want to give them that chance this year. In a way, it reminds me of my original reason for starting my first team, Global Racing, with riders from every continent; wanting to showcase talent from all over the world. Now we get the chance to discover new riders and offer them the chance to attend a Young Talent camp on their continent, enjoy training with a World Cup rider like Angel, and perhaps taking it all the way through to a pro contract in 2020. Weâll be documenting this throughout the year on the YT Mob YouTube Channel, with the same company that produced our popular Tales of the Mob series, Knowmad Productions, returning for 2019.â

The camps are open to everybody, but priority will be given to appropriate athletes born in 2002 and 2003, and spots are limited so people need to sign up early. An initial sign up form, a registration of interest, can be found on the team website or accessed here. Applications close 1 month out from each camp but may close earlier if over-subscribed.

The YT Mob is also thrilled to announce that along with YT Industries as title sponsor, most of its co-sponsors from last year have re-signed for this next chapter, and we are also excited to welcome on board some new ones. 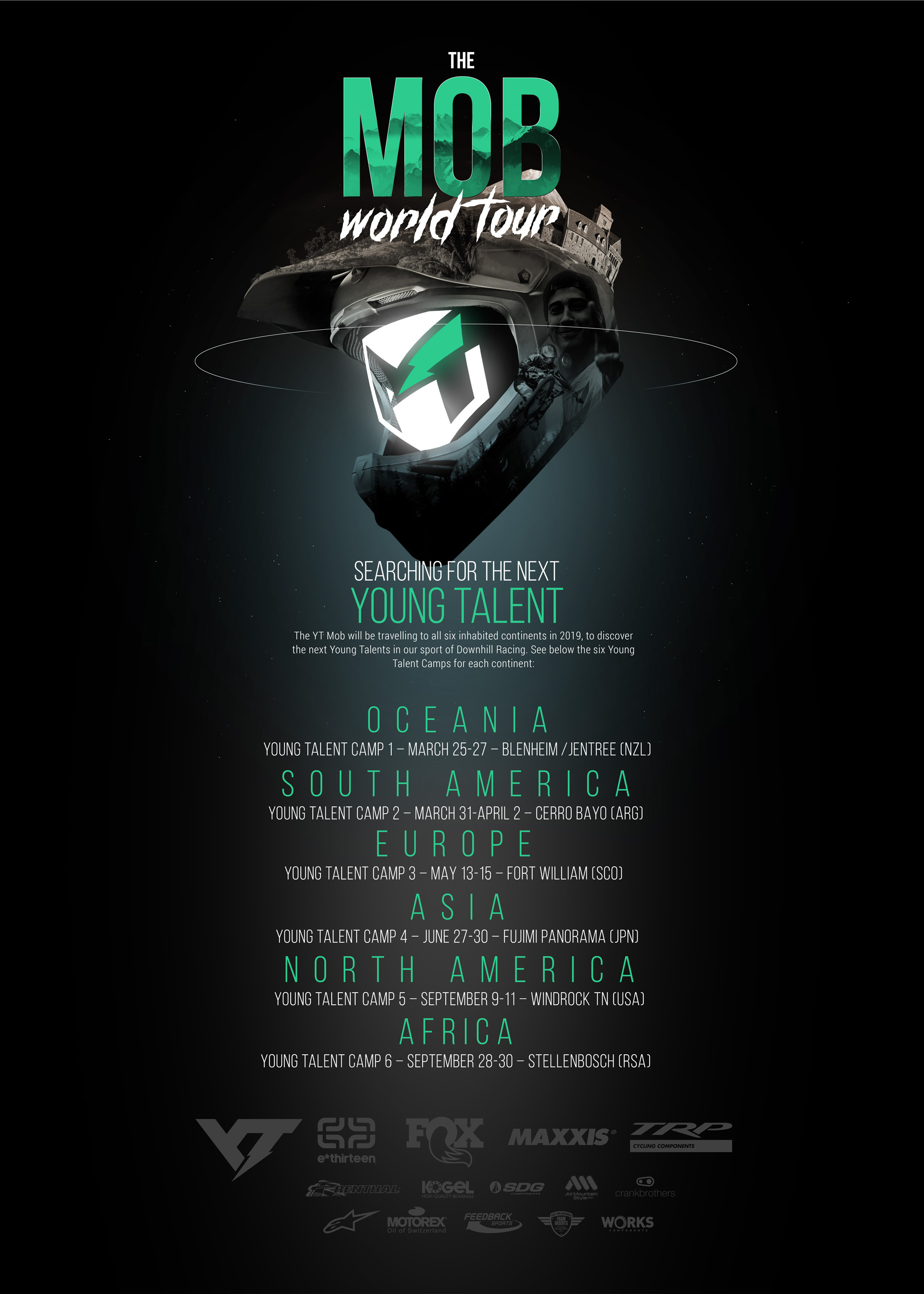